Tested on Windows XP Pro with :

This module abuses the java.sql.DriverManager class where the toString() method is called over user supplied classes from a doPrivileged block. The vulnerability affects Java version 7u17 and earlier. This exploit bypasses click-to-play on Internet Explorer and throws a specially crafted JNLP file. This bypass is applicable mainly to IE, where Java Web Start can be launched automatically through the ActiveX control. Otherwise, the applet is launched without click-to-play bypass.

JDK and JRE 7 Update 17 and earlier

This module abuses Java Reflection to generate a Type Confusion, due to a weak access control when setting final fields on static classes, and run code outside of the Java Sandbox. The vulnerability affects Java version 7u17 and earlier. This exploit doesn’t bypass click-to-play, so the user must accept the java warning in order to run the malicious applet. 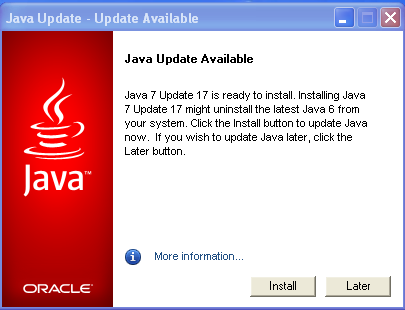