Vulnerability discovered and reported to the vendor by Jason A. Donenfeld the 2012-08-11
Metasploit PoC provided the 2013-03-03 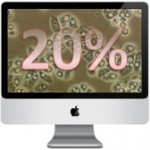 On April 24, Sophos Naked Security blog had publish a post regarding malware infections on Mac OS X. Sophos has claim that 20% of Mac computers where carrying one or more instances of Windows malwares. All these malwares where detected though they’re free Sophos Anti-Virus for Mac Home Edition.

Flashback malware was the big story of April for Mac consumers and all anti-virus company have jump on this opportunity to promote they’re products and to distill propaganda around Mac OS X security. I agree with them Mac OS X is a product like other product, and Mac OS X has also to be protected against threats, but the proposed solutions are worse than to do nothing.

False positives due to binary format of the “affected” files.

Sophos him self is a trojan, and some iTunes applications and Chrome are backdoored and nobody known about it.

iTunes is a very well-known backdoored software and one more time Sophos him self contain a trojan.

One more time Sophos is a trojan, and now my Spotlight indexed files are also containing backdoor.

VLC is containing an IRC bot, gotcha remote control of all VLC users.

One more time VLC how is containing a PHP trojan …

Everybody know that Sophos Anti-Virus products are developed in PHP.

Help my logs are containing trojans and Sophos one more time.

My Spotlight indexing has a dead malware…

Hu my screenshot of Metasploit are containing trojans (why not, lol) and Google drive is backdoored.

In conclusion Sophos is more strong to do marketing and give fear to consumers than to create a good Mac anti-virus that really detect something.

As always, Carlos Perez aka Dark Operator, member of the PaulDotCom crew and Metasploit developer, is inspired. A new set of post exploitation scripts have been developed and integrated in the Metasploit framework repository. These scripts permit you to gather interesting information’s on a Mac OS X target.

Also some others commands are executed to gather more information’s :

Same as for the hasdump script, if the Metasploit session is running with the Mac OS X root privileges, the SHA, LM and/or NTLM users accounts passwords hash dumps will be download.

All gathered informations are saved into a “logs/post/enum_osx/hostname-date” folder located into your “$HOME/.msf3” folder.

As described above this script will focus only to gather the Mac OS X users accounts SHA, LM and/or NTLM passwords hash dumps, and download everything on the Metasploit station. All gathered information’s are saved into a “logs/post/enum_osx/hostname-date” folder located into your “$HOME/.msf3” folder.

To test these scripts you only need to create an executable payload for Mac OS X and follow these steps.

First create the payload with msfpayload and upload it to the targeted Mac OS X.

Then in msfconsole, run the following commands.

After on the targeted Mac OS X, execute the test payload

Or you could play with a valid Mac OS X system or application exploit. Here under a PoC video.