After ignoring this error message the vulnerability is exploited and drop “AdobeARM.exe” (41915b34fc50ffdd2a6a0969e3f55ff1) in “C:\Documents and Settings\<USER>\Local Settings\Temp” Windows folder. Chinese simplified ressource language is used for this executable. 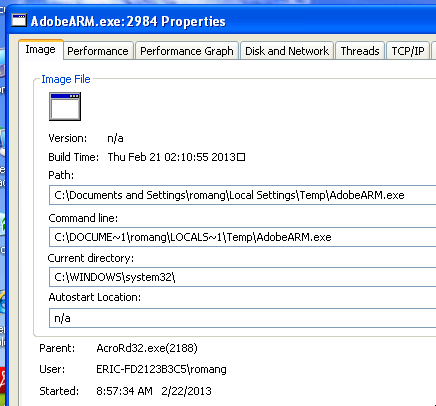 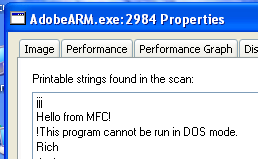